Back in 2008, I used to sing some worship songs with an unplugged acoustic guitar and a rickety music stand for my church’s youth group. Today was the first time since then. I co-led worship this morning with Paul Morris at the Stone’s West Campus Students. Now, I know. Everyone on the stage is a worship leader, and I’ve led worship many times from the guitar. But there is a difference. Not at all in the intrinsic value of the person or the position, but there’s a huge difference in the nerves between doing what you do two or three times a week, and doing what you haven’t done in eight years, on a stage, in a higher capacity, and open to more criticism.

I’m thankful to Paul for being so accommodating, and making this experience of re-wetting my feet as smooth and effective as it could be. Primarily, by taking the focus off of me. He made no big deal whatsoever that I was there. He acted as if nothing changed. I honestly wonder if any of the students even noticed that I led two of the four songs, and I wouldn’t have it any other way. The students were best served, we on the stage were transparent, and Jesus was the focus. 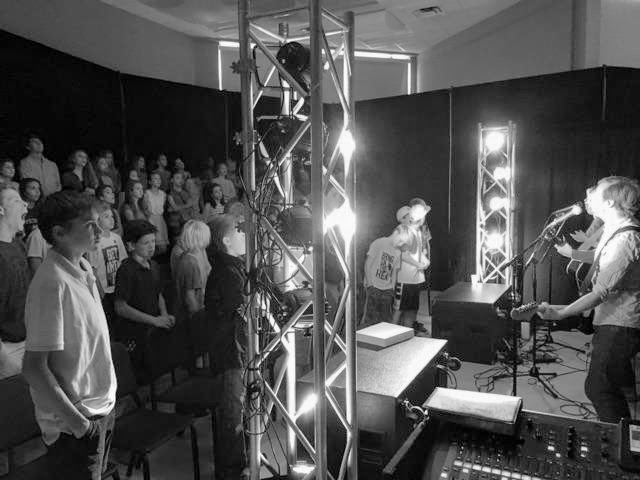 Worship leading is one of those things I would’ve said is an emotional impossibility for me a small number of months ago. I’m not exactly a personality powerhouse, and I’d rather be buried in a pool of snakes than do any form of public speaking. But God is using the opportunities in my residency to stretch me and enable me by his Spirit to do whatever he wants me to do. I don’t know if I’m called to be a worship leader, but it was a fulfilling thing to be a part of today, and I’m thankful for the grace God gave me to do it.